In this post, I will let you know How to pin emails in Gmail step by step. The pinning method is called “starred first” in Gmail. If you come from a Microsoft outlook background, you would definitely look for a pinning feature in Gmail also.

How to pin emails in Gmail

Follow these simple steps to pin an email to the top of Gmail.

Step2- Select important emails that you want to pin

Now you need to select important emails using the check box provided in front of the emails. In case you are targeting a particular sender, you can also use the search box of Gmail.

For example, I am looking for emails from the “Instructables” email ID. I will search for it and select all emails as shown in the image.

You can also use Advance search, in case of more filtering is required. We also use this feature to block senders in Gmail.

Step3- Make them “starred” in Gmail

Once you have selected your emails, you need to pin them or make them starred.

For that select the “star” button in front of emails as shown in the image.

Now you will see all your starred or pinned emails will be shown at the top and everything else will be listed after it.

These emails will be on top, till the time you delete them, make them “not starred” or change the “inbox type” setting.

In case you make any email “Not starred” (Removed star) and it still shows pinned. Just refresh the Gmail once to reflect the changes.

I hope till this point, you have now learned how to pin emails in Gmail. If you are an Android Mobile user, keep following the article on pinning email in the Gmail app.

How to pin emails in Gmail app

Step2 – Search for your emails and mark them as “starred”

Select your emails in Gmail manually or search for a sender and mark emails as “starred” also known as pinning in other email clients.

For example, I have searched for sender “Instructables” and starred them by tapping the star icon at end of the email as shown in the image.

Once you starred or pinned your important emails.

Step4 – Your pinned emails will be under inbox

Now you can see one extra option available “starred” under “Inbox” for quick access. You can tap on “starred” inbox type and it will show you all the important emails pinned by you.

Don’t get confused with starred label available in Gmail. It’s an inbox type and that’s called a label. Although functionality is almost the same.

Where is the pin button in Gmail?

Pin button is history now in Gmail. The new Gmail has a “Star” button, which can be used to pin or “starred” an email to the top. You just need to set up your Inbox type as starred first. Follow steps 1-5 as shown in this post.

Can you pin an email in Gmail?

Yes, you can pin an email, also called “starred” in new Gmail. Once you starred an important email, select “Inbox type” as starred first. Follow steps 1-5 as shown in this post.

There are many features that are either not available or have been replaced with a new option in Gmail. Pinning emails in Gmail is one of those features, which is known as starred in Gmail. I hope you liked this post on “How to pin emails in Gmail”. 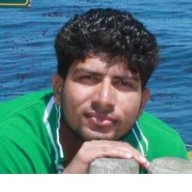 Hi, I am Dev. Founder of Techie Skull. An IT professional, who loves writing about technical stuff and sharing experience with the world..

Get all latest content a few times a month!